Dr. Weiss has been a member of the MVI board since 2013. He joined Venture Investors in 2006 as a Managing Director, and focuses on making Healthcare investments.

Dr. Weiss has over 20 years of operating experience in the biotech and pharmaceutical industries. He previously was President of the Gala Biotech business unit of Cardinal Health (now Catalent Pharma solutions). Before joining Gala, he served as the VP of Business Development for 3-Dimensional Pharmaceuticals, a biotechnology company that completed its IPO during his tenure, and was subsequently acquired by Johnson & Johnson. Earlier in his career, Dr. Weiss worked as Director of Licensing for Wyeth-Ayerst Pharmaceuticals, (now Pfizer). He also served as Director of Business Development and Research for Scientific Protein Labs, a division of American Home Products, and Director of Operations for Columbia Research Labs, now Juniper Pharmaceuticals (NASDAQ: JNP), a publicly held company that focuses on women’s health.

In addition to MVI, Dr. Weiss is currently a member of the Boards of Directors for Aerpio Pharmaceuticals (OTCQB: ARPO) and FluGen, and is an observer at Tissue Regeneration Systems. Dr. Weiss also serves on the Board of Directors for TamirBio (formerly Alfacell Corporation (NASDAQ: ACEL), and on the Board of Visitors for the Waisman Center and Waisman Biomanufacturing at the University of Wisconsin-Madison. Dr. Weiss was previously on the boards of Akebia Therapeutics (NASDAQ: AKBA) and Neurovance (sold to Otsuka Pharmaceuticals). 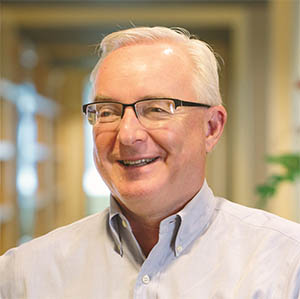