Mr. Bailey has an accomplished record in leading both public and private healthcare companies where he has leveraged his diverse leadership experiences in various functional areas including commercial, supply chain and business development, as well as in-licensing and transactions. He joined the MVI board in September 2017.  His experiences include a 20+ year career at Johnson & Johnson/Janssen Pharmaceuticals as well as a tenure as Operating Unit President at Novartis Pharmaceuticals, Chief Commercial Officer at King Pharmaceuticals, Chief Operating Officer at Fougera Pharmaceuticals, and Chairman and CEO of Neurovance. Mr. Bailey also served as President and CEO of Lantheus Medical Imaging, Inc, taking the company public in 2015. Most recently, he was the CEO of IlluminOss Medical, Inc, which was acquired in April, 2020.

Mr. Bailey has served as Chairman of Aileron Therapeutics since March 2018 and as a Board Member of BioDelivery Sciences since March 2020.  Mr. Bailey received a Bachelor of Science Degree from Rutgers University. 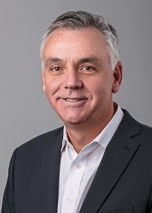